In China, a major P3 problem is the educational inequality. It is more important than the other problem, because if a person can think correctly, other thing will not a problem.

Several inequality cause the education inequality:

After college enrollment, the children of farmers access to higher education has been greatly improved, urban-rural divide is narrowing. However, this difference is moving from the surface of the total, the macro is not balanced, the transfer of rural-urban gap hidden, deeper level. This change reflects mainly the distribution of urban and rural students in the higher education system. In China's top universities in (such as 985), the proportion of rural children appeared extremely significant decline.

In a sense, mainly due to investment in education by the state, etc., causing injustice. As the main education funding to the cities, making the best public education resources, facilities, faculty and administration to the cities. Key urban minority schools and most non-key schools has a serious imbalance, resulting in the "school" of the wind getting worse. . Rural vast rural areas, especially in economically underdeveloped regions, due to the lack of long-term investment, school shabby, poor teacher quality, school-age children enrollment rate, enrollment rate, education level is far below the city, and creating a vicious cycle. Do not remove the old illiterate, and the emergence of a new illiterate.

Since the state for investment in education injustice - obviously born city, light rural areas, so that teachers' salaries widening gap between urban and rural areas, the results will lead to good teachers do not want to walk into the countryside. Teachers fledgling professional graduates, but also because of the employment situation is grim, the special post as a temporary way out, and accumulated some experience will surely find another high branches, excellent teachers reluctant stationed in rural areas, do not necessarily come to stay live.

Some current system is due to the long-term implementation of the rural-urban divide in such a national treatment caused. For instance, we did not implement a uniform and equal national treatment in urban areas in the rural areas, but that the urban-rural split. We all know the level of implementation of compulsory education in rural areas is very low, both educational facilities, conditions, and faculty as well as investment funds, various aspects, including school, college entrance exam that competition much more difficult.

Therefore, inequality prominently in urban and rural areas of national education is now such a partition, it is a huge gap, but the gap between those cities and medium-sized cities and small cities is also great, so talk about the implementation of compulsory education system on equality from the aspect of education in this country needs to carry out a fundamental reshaping law, so that all citizens have equal authority to accept compulsory education. Meanwhile, the state government will protect those backward areas, poor areas, so that those students can get basic compulsory education.

Another trend of the domestic primary and secondary education can not be ignored is that many schools and teachers tell only part of the school curriculum, and the rest of the curriculum requires students to cram extra lessons after school newspaper. China's basic education has been equally elite education, but the people in Han-based IQ are similar, most people are hard-working instructor was better,, some grades can go up, some negligence on the go.

Unlike countries such as the United States immigration, racial differences in IQ between the irreparable with the quality of education and hard work. In the Chinese do not speak the whole school, after-school cram money into the fill is essentially another form of elite education: that is, only to fight money fight father of the child in order to receive a complete education, no money has been eliminated. This is also a great social injustice!

School district room, in a sense, the school district room is the real estate market of derivatives, a unique phenomenon is also under the current education system, along with the increasingly fierce competition in society, the parents so that children do not lose at the starting line education hesitate to spend lots of money to purchase real estate all belong to good quality primary education school district. School district room price is unfair education under strange egg, but also rotten eggs, and also freak. If there is no education is not fair, it is impossible to crush you want to go on this "best of Beijing primary school" experiment two small, everyone will have the same choice, there is no crush, it is impossible to scrape it fun, where to buy good, but also to the best to buy a house next to elementary school.

This also means that the rich kids can have more choices in the way cases, a better education.

Compulsory education should be the nearest school, but the school is the nearest high school, if you do not take the money, even if the school can not keep at home admission. The author neighbor from a primary school in less than 50 meters in Zhongguancun, since this is the quality of primary schools, wealthy parties are staring at this school, and is willing to spend money on their children into the school to study, so he gave the nearby school children excluded. The neighbor kids had to go home for about 1.5 km, to lead four junctions primary schools. For elementary school children, parents can neither travel, can not sick, perennial rain or shine conduct shuttle.

Some of our schools in big cities in the past planned economy era by scissors, gather money from rural areas, with the development of the whole country together, and some schools are our ancestors left behind. But now the admissions system is not based on merit scores. But to the local issuing places in the allocation of places, without considering the population and the number of students. Such admissions designed to give some local high school to university difficult. For example, Henan nearly 100 million population, the annual number of high school graduates 960,000, able to learn of the province rose only 6,000 people, Peking University, Tsinghua University enrollment targets in the country is 8.3 ‰, in Henan is 0.1 ‰, causing great injustice. Local students said emotionally, the entrance to the national candidates are walking a difficult path for the candidates of our province is walking rope.

Education Resources serious inequality, the entrance to many provinces has caused great difficulties. Case of Henan Province, the country has 10 million people every college 14.22, Henan, not to 9; undergraduate and college students nationwide ratio at 6: 4, and Henan is only 4.5: 5.5, undergraduate students, with the National great gap. From the key layout of the school look, Henan 98 million population, only one 211 institutions (Zhengzhou University). 985 colleges in Henan no one. Few schools in the province, but also fewer strokes outside the focus of the school, so they had to squeeze in a tightrope believe in each other, or spending lots of money to read those big city public school fees the government set up the school.

Quality of teaching vocational high schools is generally low, but due to lack of basic knowledge level, low learning vocational skills, it is difficult to adapt to the market demand for high-wage, high-level manufacturing workers. Meanwhile, statistics show that due to the poor quality of teaching, the dropout rate of poor rural vocational high school after the end of the first year was 22%, the dropout rate after the end of the second year of up to 61%. (Shaanxi vocational schools 140 surveys)

As the mother and infant malnutrition in southern Shaanxi 1000 infants, 55% anemia, 70% developmental delay in movement and awareness.

Before reading about the probability of REAP urban and rural admitted to the University, which ignores the very important point that, from junior high to high school enrollment rates. I remember in my mind from the junior high school students admitted to only about one-third poorer place yet. Our school has about 500 people, can be admitted to the undergraduate roughly 30 people. Speaking again from the university, the school itself is relatively poor, and I remember when the time to get the offer, Qianyun sister so I guess wages, I expect that the actual half. So when I and some of my classmates, colleagues share learning experiences, they have no way to understand.

And before the same number of opinions, most of the poor are doomed. Born in the rural areas, most of the surrounding small Ban Ban is left-behind children, for economic reasons, most of the students only graduated from junior high. Junior high school graduation went to work in Shenzhen beat the summer, high school graduation to the county beat the summer workers, the majority of migrant workers live frugally and save much money to go to the children when no less than tuition, rent and put in that room and board placed in that. Life is like holding wages in China, and travel to the United States, to pay their own room and board, can be much left? So the children can not afford school fees only let children out to work, or to borrow money, but if you have that kind of relationship, the family is not too poor, surrounded by a living example. Really change the fate of too little, far less than the return paid here.

Re-education as an example, I remember my elementary school every year basically only two teachers, language teachers and non-language teachers, our math teacher with a language in addition to almost all classes. Compared to some mountain pretty well, at least the situation will be better, but the town's elementary school better than we have more than a little bit. The result is the town's only junior high school, so only the town's high school. A lot of people are trying to learn, but because there is no suitable doorway, when the pay is far less than the return. Then like 199x wrote cgi, and the gap with the web framework today.

Education can change the fate of the past, but today it? Universities are still too many students for living expenses, tuition and forth, the results missed something more. Especially in our schools, do not say the average student, said there are more than a good school experience, could not find a good job. A better example is that we live in a rented room in Xi'an, Bi Xian colleagues we need to make more money to live a different life.

As a someone who has, I think the education is equally important to teach them to think independently and self-correct. 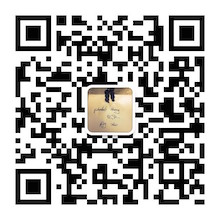 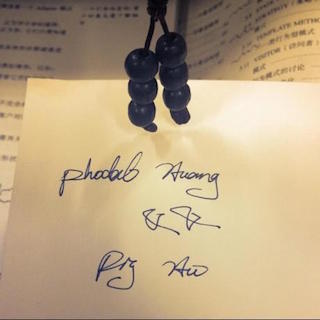